The notion of outstanding universal value (OUV) is at the heart of World Heritage inscriptions. UNESCO has ten criteria to evaluate a site’s OUV, six of which are cultural and four natural.

In order to appear on the World Heritage List, sites must meet at least one of the ten selection criteria defined by UNESCO.

The quality of the Chaîne des Puys-Limagne Fault site resides in criterion (viii), based on the unusual nature of its geology and its scientific importance.

Criterion viii: “to be outstanding examples representing major stages of earth’s history, including the record of life, significant on-going geological processes in the development of landforms, or significant geomorphic or physiographic features”

An exceptional example of continental break-up

The Chaîne des Puys-Limagne Fault assemblage is a natural geological stage which illustrates magnificently one of the major global phenomena: that of continental break-up. The geological formations of this exceptional tectonic region portray this process in its entirety, making it possible to visualise and understand how the continental crust was faulted, underwent vertical movement as part of the crust subsided, which then allowed magma to rise, bringing about marked uplift at the Earth’s surface.

The landscape, which constitutes a powerful visual panorama, allows all the different stages of this process to be viewed:

Gathered together in one site, this fault, the volcanoes and the inverted relief bring alive this geological phenomenon, which is immense both in terms of size and duration (350 million years), and allow it to be seen in its entirety. At no other place on Earth can the complete continental break-up process be so clearly seen.

The Chaîne des Puys- Limagne fault viewed from the Limagne plain, near the village of Montmorin ©Anthony Ith 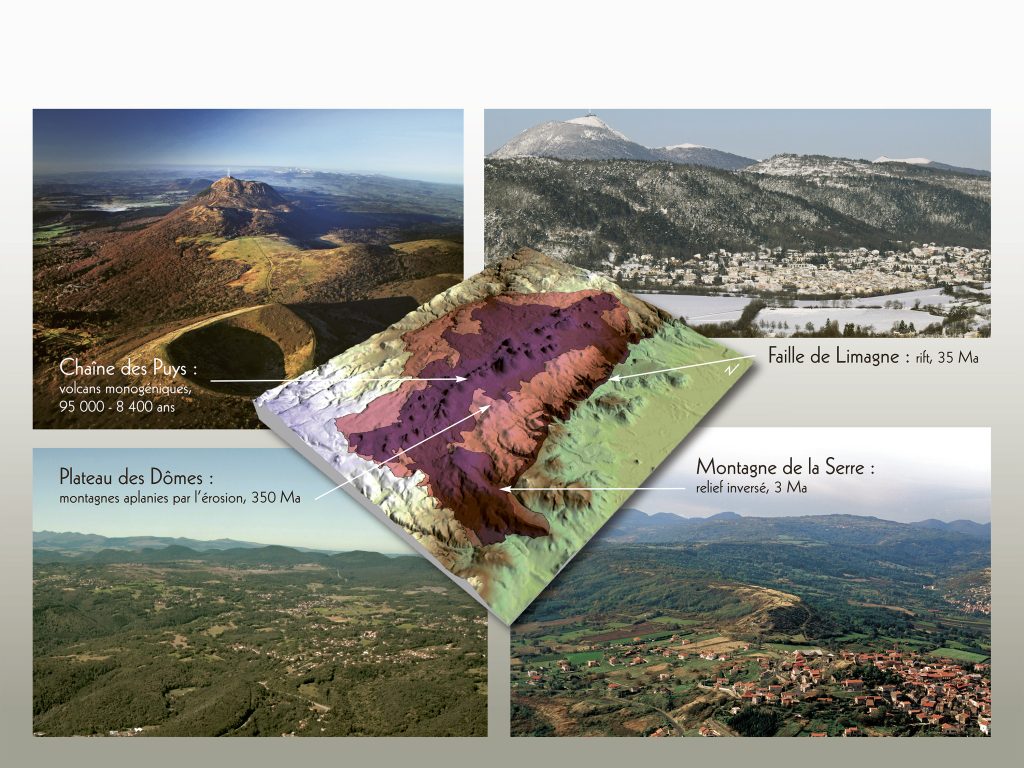 The Inscription process
The whole territory mobilised behind the project