The site The Plateau des Dômes

– 350 million years (long before the appearance of the dinosaurs)

The Plateau des Dômes, which lies between the Limagne Fault and the Sioule Valley, is formed of ancient continental basement. During the continental break-up process this basement was fractured along the length of the Limagne Fault, and part of it subsided to form what is now the Limagne Plain. The Plateau des Dômes represents the former level of the basement, and now towers 700 m above the plain below. The Chaînes des Puys volcanoes were erupted onto the basement at a later date. 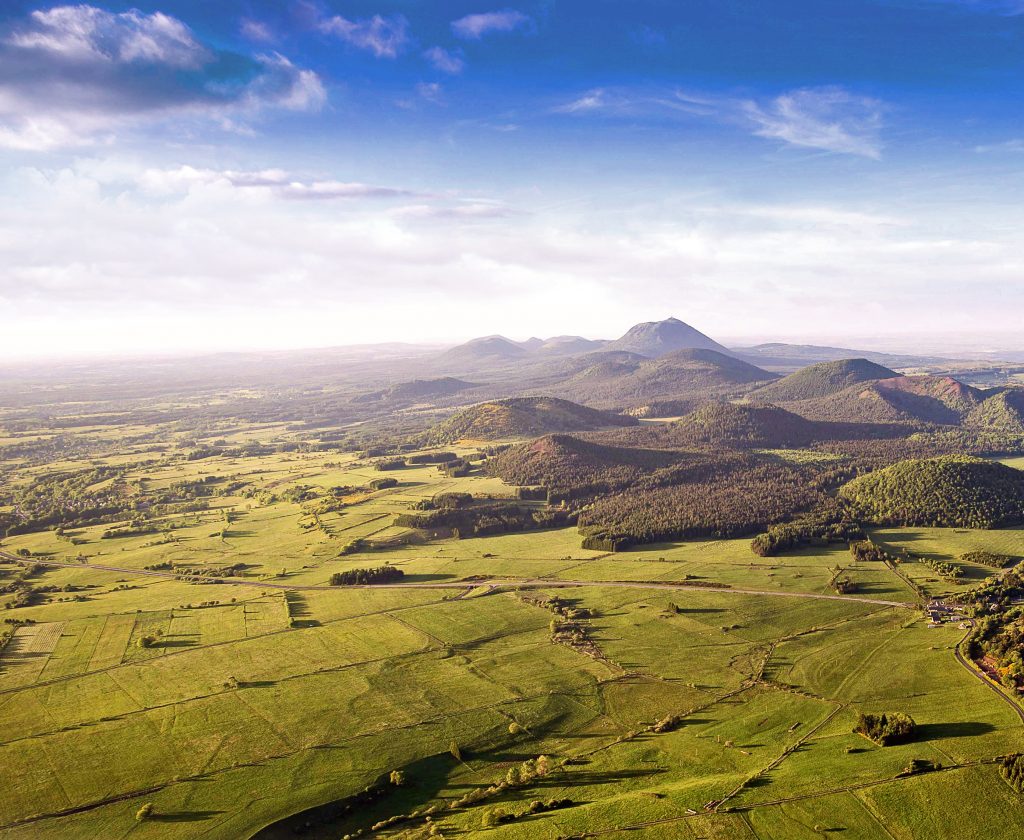 Western side of the plateau des Dômes ©Gérard Fayet

While the Plateau des Dômes is now a flat plateau, it was once, like the Massif Central, a mountain chain, formed nearly 350 million years ago. Erosion over many millions of years resulted in the former mountain chain being planed off to form the plateau that we see nowadays.

Formation of the Plateau des Dômes

Stage 1
The pulling apart of two continents formed an ocean, named the Massif Central Ocean. From 450 My the two continental blocks started to converge, and the ocean progressively disappeared.

Stage 2
By 350 My the ocean had completely disappeared, and the collision of the two continental blocks led to the growth of the mountain chain known as the Hercynian mountains. The highest peaks would have been around 5,000 m asl.

Stage 3
The mountain chain was gradually eroded, largely due to the effects of rain.

Stage 4
At the end of the Primary Era, around 250 Ma (when the first reptiles appeared), the Hercynian mountain chain became completely planed off by erosion. It created a vast continental plateau which was fractured during the rifting phase along the Limagne Fault.

Did you know? Fragments of the same Hercynian mountain chain exist in the United States, for example the Appalachian Mountains in the east of the country, testifying to a time before the opening of the North Atlantic Ocean.
The perimeter of the site
The Limagne fault